Fetching directions......
Reset directions
Print directions
Commercial Manufacturing Plaza: 5,000 SF Metal building; ready to use with the possibility of an additional 10,000 SF or more, if needed.  Easy access room for expansion in a swell planned community, properly zoned and ready to go.

Fort Mohave is a CDP in Mohave County, Arizona. It is named for a nearby fort that was used during the Mohave War. As of the census[1] of 2010, the population of Fort Mohave was 14,364. This was up from 8,919 in 2000. It is a micro-suburb of Bullhead City. Its recent growth has made it the most populous unincorporated community in Mohave County.

The largest single employer in Fort Mohave is Valley View Medical Center. In November 2011, it was announced that Fort Mohave would be the home of a 200+ acre photovoltaic solar generating plant. The plant is to be built east of Vanderslice Road between Joy Lane and Lipan Boulevard.

Community
Fort Mohave is home to the Fort Mojave-Mesa Fire Department. It is also home to the largest stadium within 90 miles (140 km), serving all Mohave County for large indoor events, The Mojave Crossing Event Center. It has a seating capacity of 3,000 stadium style and 5,000 arena style.

Shopping and Dining
Fort Mohave has two large grocery stores, Smith’s Food and Drug and Safeway. It also has a CVS Pharmacy and an ACE Hardware Store. Restaurants include Red Dragon Chinese Cuisine, Bonanza Cafe, Casa Serrano Mexican Food, an ice cream parlor, and several fast food franchises. Residents of Fort Mohave do the majority of their shopping and dining in Bullhead City, which is considered the shopping hub of the tri-state area.

Ready to use with the possibility of an additional 10,000 SF or more, if needed.

Easy access room for expansion in a swell planned community, properly zoned and ready to go. 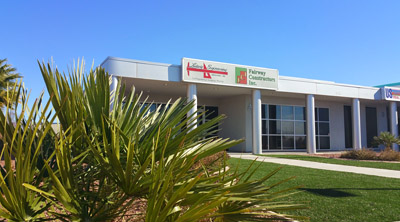